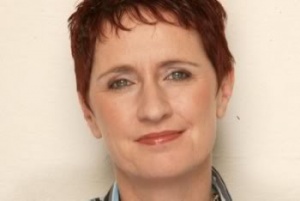 Eileen Gallagher
Eileen Gallagher , born in Ayr, 1959,[1] was one of the founders, with Maureen Chadwick, of Shed Productions, an independent British TV company which has produced shows such as Footballers' Wives for ITV and Waterloo Road for the BBC. She has described herself as "a woman but also a feminist."[2] She stepped down as CEO of Shed in 2008.

Eileen Gallagher has been described as "one of the most powerful and successful lesbians in entertainment."[3]

She is an independent director of Glasgow 2014 (the XX Commonwealth Games).[4]