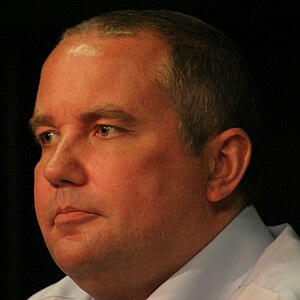 He was born in Dundee and joined the BBC in 1987 as a sub-editor on Radio Scotland.

He was presenter of the Radio 4 Sunday morning programme Broadcasting House from 1998 to 2003 and has since been the main presenter on PM.

In 2005 he won the News Journalist award at the Sony Radio Academy Awards.[1] He was listed as the 5th most powerful person in British radio in a 2005 poll in the Radio Times,[2] and was ranked 56th in The Independent on Sunday's Pink List 2011.