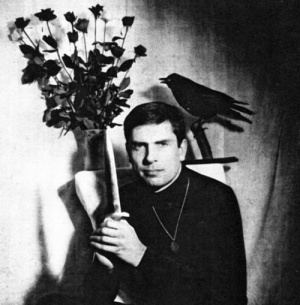 He was born in Sheerwater, Woking. As a child, his parents had him exorcised for demonic possession, and he retains a strong belief in the paranormal.

Douglas P. is openly gay,[1] and says that "being gay is fundamental to Death in June". His literary influences include Yukio Mishima and Jean Genet, whom he admires "not only because their work was brilliant but that they were also gay. It adds so much."[2]

Pearce began his musical career in 1977 in a British punk band called Crisis. After Crisis disbanded in 1980, he formed Death in June with two others. In 1985 he became the sole constant member of Death in June, with rotating guest musicians serving as collaborators and live band members.

He now lives in Australia.