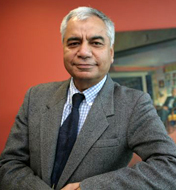 Bhugra is openly gay. He has been with his partner Mike for more than 30 years.[1][2]

He was listed number 83 in the Rainbow List 2014. The citation said:

"The first gay president of the World Psychiatric Association came out publicly in November 2013, saying that his profession should apologise for the way it has treated gay people. 'There are still countries where it’s seen as an illness,' he said. 'We need to make a stand.'"[3]