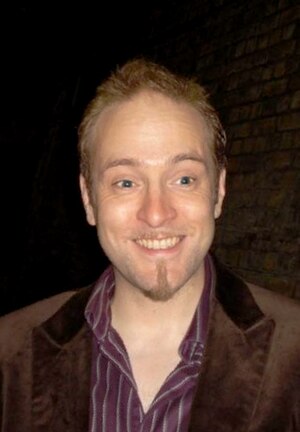 He was born in Purley in the London Borough of Croydon. While studying at the University of Bristol, he attended a hypnosis show, which inspired him to turn to illusion and hypnosis as a career. He started working as a conjuror, performing the traditional skills of close-up magic in bars and restaurants. In 1992, he started performing stage shows at the University of Bristol under the stage name Darren V Brown. Since 2004 he has appeared in his own television shows demonstrating his powers of suggestion.

In an interview with the Independent in 2007 Brown stated that he is gay.[1] In an interview with the Radio Times in 2011 Brown talked more about his sexuality, stating that he is blissfully happy in a relationship. He said, "I spent a lot of time thinking about me and working on what I wanted to be before I came into a relationship. In some ways, it’s bad because you come into relationship quite late without a lot of experience and you have a lot to learn. But that can also be exciting. Certainly, it’s lovely to have somebody love you and it’s lovely to love someone else."[2]