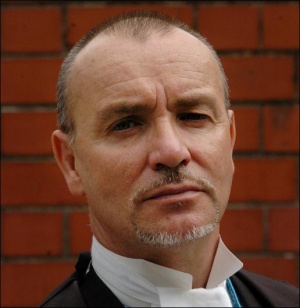 Derek is a graduate of the University of Edinburgh.[1][2] From 2007 to 2011 he worked for the Crown Office and Procurator Fiscal Service as a senior Advocate Depute (prosecuting counsel). From 2011 onwards he has mainly worked as a defence advocate.[1]

He is openly gay, and was a vocal supporter of Scottish Government plans to legalise same-sex marriage.[3]

In 2014 he was listed number 3 in the Pink Scotland List. The citation said:

"One of the country’s top legal minds, Derek Ogg was at the forefront of the campaign to legalise homosexuality in Scotland in the 1970s."[4]

In 2015 he received the Lifetime Achievement Award in the Scottish LGBTI Awards.