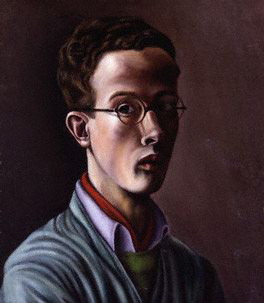 He was born in Shanghai of Anglo-American parentage. He was sent to England to preparatory school and eventually Repton, where he was wretchedly unhappy.[1] He ran away at 16, traveling to China once more, before returning to London and enrolling at the Goldsmiths School of Art. He intended to be a painter but following a cycling accident aged 20 which left him in severe pain (and eventually led to his early death) he devoted himself mainly to writing.

He met his companion, Eric Oliver, in November 1943 while he was convalescing. Oliver was a farm-worker living in Maidstone, and was a regular visitor. He acted as nurse for Welch, then his secretary, and finally as his literary executor when Welch died at the age of 33.[2]

"For his time and place, Welch's novels are surprisingly suffused with homosexuality. His examination of the people around him, very thinly disguised in the novels, and his exploration of his own homosexual feelings and responses to the world show Welch to be a writer of consequence, if an over-looked one."[2]