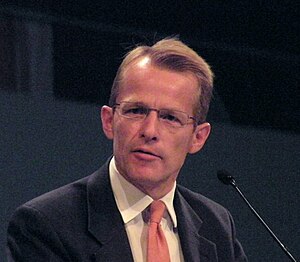 He was elected as MP for Yeovil in 2001, succeeding the former Liberal Democrat leader Paddy Ashdown, who was standing down.

Following the 2010 general election, he was one of the Liberal Democrat team negotiating the terms of the coalition with the Conservative Party. He was appointed to the Cabinet, as Chief Secretary to the Treasury. On 28 May 2010, The Daily Telegraph disclosed that Laws had claimed more than £40,000 on his expenses in the form of second home costs, from 2004 to late 2009,[1] during which time he had been renting rooms at properties owned by what the newspaper claimed to be his "secret lover" and "long-term partner", James Lundie. The Telegraph had not intended to reveal his sexual orientation, but Laws himself did so, in a public statement shortly before the publication of the story.[2] Lundie is a former Liberal Democrat Press officer and now works for the Political Affairs team of public relations and lobbying firm, Edelman.

Laws resigned as Chief Secretary to the Treasury on 29 May 2010, having been in office for only 17 days. He claimed that his reason for the way he had claimed expenses had been to keep his sexuality private and that he had not benefited financially from this. Accepting his resignation, David Cameron said, "I hope that, in time, you will be able to serve again."

In May 2011 the Standards and Privileges Committee concluded that Laws was guilty of breaking six rules with regard to MPs' expense, but that he had not intended to benefit himself or Lundie directly. He was suspended from the House for seven days.

He returned to the government in the reshuffle in September 2012, as children's minister.[3]

He lost his seat in the Commons at the 2015 general election.