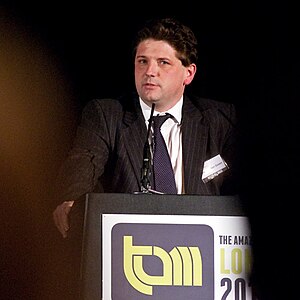 Green was born and brought up in Birmingham. He studied Modern History at Pembroke College, Oxford and Law at the University of Birmingham. He was called to the Bar in 1999 and became a solicitor in 2001.

Formerly a lawyer at Baker & McKenzie, Herbert Smith, and the Treasury Solicitor's Department, he is since 2009 head of the media practice at Preiskel & Co. He was involved on a pro bono basis with Simon Singh's successful libel defence campaign against the British Chiropractic Association[1] and in 2010, he advised Sally Bercow in her successful defence of a threatened libel action by lobby group MigrationWatch UK and their chairman Sir Andrew Green.[2][3]

He is also legal correspondent for the New Statesman;[4]. Green is a prolific blogger, both on his own Jack of Kent blog and as part of his contribution to New Statesman[5] magazine. He appears on the legal podcast Without Prejudice. His articles on legal matters have been published by The Guardian, The Lawyer, New Scientist, and others.

Green is founder and convenor[6] of Westminster Skeptics, and sits on the advisory board of Sense About Science and on the editorial board of The Skeptic magazine.

"The media lawyer and journalist has had a busy year. He was the solicitor in the successful "Twitter Joke Trial appeal", and a witness at the Leveson inquiry hearings, discussing the role of social media. He is also legal correspondent of the New Statesman and blogs as Jack of Kent."[9]

Responding to his inclusion in the Pink List, Green tweeted that he was bisexual:

"Delighted to represent the usually neglected Bs in LGBT in the IoS #PinkList."[10]

Adapted from the Wikipedia article of the same name.