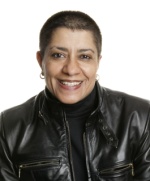 She was born in the East End and began working as a pop music DJ in 1986.[1] After performing at WOMEX ’94 & ’95, Ritu was commissioned to create her first band, The Asian Equation. Sister India - Ritu’s second band- was born out of this, but with a stronger female focus, gaining a cult following worldwide.[2]

DJ Ritu was listed number 16 in the Rainbow List 2015. The citation said:

"DJ Ritu co-founded Club Kali 20 years ago, named after the Hindu goddess associated with empowerment. Open to 'attitude-free' connoisseurs of all cultural backgrounds, Club Kali has acquired near-legendary status among clubbers and provided a safe space for the Gaysian community."[3]