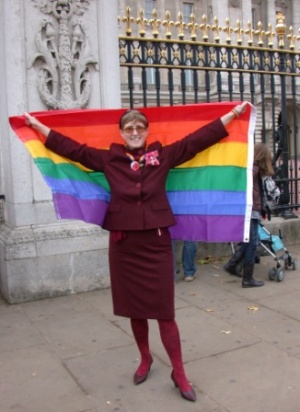 In 2008 she persuaded British embassies in Europe to fly the the rainbow flag on the local Pride days.[1] In 2009 she began a campaign called Pride Solidarity Tour, in which she visited countries with poor gay rights records, such as Poland, Latvia and Moldova. In 2010 she received an MBE for “services to promoting the rights of lesbian, gay, bisexual and transgender people in central and eastern Europe”.[2]