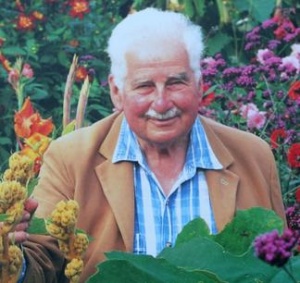 He was born at Great Dixter, his parents' historic house in Northiam, East Sussex. He was educated at Rugby School and King's College, Cambridge. After the war he took a degree in Decorative Horticulture at Wye College, University of London. He lectured at Wye College until 1954, after which he moved back to Great Dixter to live with his mother, Daisy, who was the dominant influence in his life thereafter. When Daisy died aged 91 he inherited the house, and was at last able to make radical changes in the garden without consulting her.

"His one close friend on whom he had a crush, probably mutual, was his music teacher at Rugby, who was welcomed as a house guest by Daisy. Inevitably Christo became a hugely repressed homosexual."[1]

Christopher devoted his life to his garden at Great Dixter, which he opened to the public. He also sold plants from his nursery, and was the author of a number of well-reviewed books on gardening.