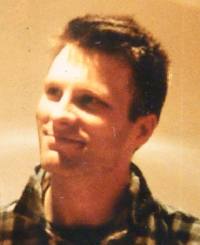 Burnel Penhaul (1964–2002, known as Transformer) was a club entertainer and performance artist.

Penhaul was born in Hunstanton, Norfolk, where his parents ran bed and breakfast lodgings. He went to Aston University, Birmingham and studied chemical engineering. He then spent a year in stage management training in Cardiff. He settled in London at the end of 1989 and worked as a stage manager.

He became a regular at Kinky Gerlinky. Other clubs began to ask him to host their entertainment, including The Mud Club, God's Kitchen, The Sex Maniac's Ball, Gatecrasher, Fruit Machine, and Miss Moneypenny's, Birmingham. He appeared in oversized surreal outfits with cultural allusions and added gadgets. His creations included a version of Botticelli's Birth of Venus, Princess Di – Candle Up Ya Bum, and Blue Britannia.

He was crowned Alternative Miss World twice: in 1991 as "Miss Gale Force Wind", and in 1995 as "Mademoiselle Jean D'Arc". He took part in the Untamed Fashion Assembly in Riga, Latvia, in 1992. He also appeared at Pride marches and in pop videos.

At the 1997 General Election he stood against Neil Hamilton and Martin Bell and seven other candidates in Tatton. Although he was on the ballot paper as Burnel Penhaul he campaigned as "Miss Moneypenny's Glamorous One Party". During the campaign he gave out photocopies of five pound notes as a comment on the allegations against Neil Hamilton of taking cash for putting parliamentary questions. He came fifth out of ten candidates, with 128 votes out of the 48,792 cast, and lost his deposit.

People who met Burnel out of costume thought he was quiet and reserved, but that was because he found most things not worth commenting on. He was utterly disillusioned, unable to see how we can obey laws which are based on people's prejudices. Either Burnel or Transformer always turned up at protests for sexual freedom or equality.

If Transformer was rude, loud and beautiful, Burnel was tall, dark and handsome, secretly sexually adventurous, a keen orgiast and cruiser. Relationships lasting more than a few days bored him. Burnel Penhaul died of complications arising from pneumonia in the Royal Free Hospital, London.