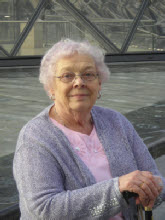 Barbara Ross
Barbara Ross (1929–2015) was a social worker and gender counsellor, noted for her work for the LGBT community in Norfolk.

Born in Essex, she moved to London on marrying her first husband, and to Norfolk with her second husband in 1970. She lived in the village of Stoke Holy Cross near Norwich.

In the early 1980s she started the OASIS self help group for trans people, providing an environment of mutual support and friendship. She also founded the Norfolk-based Gender Identity Services and organised the first ever International Transgender Conference at the University of East Anglia.[1]

The Barbara Ross Association has been set up to continue her work, including the running of the Transgender Conferences.[3]