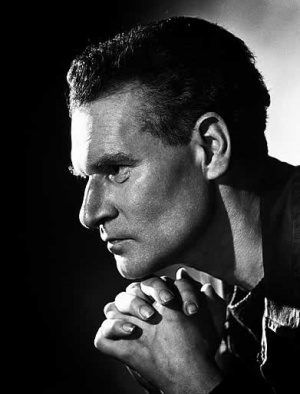 Anthony Asquith
Anthony Asquith (1902–1968) was a leading English film director. He collaborated successfully with playwright Terence Rattigan on |The Winslow Boy (1948) and The Browning Version (1951). His other films included Pygmalion (1938), French Without Tears (1940), The Way to the Stars (1945), and a 1952 adaptation of Oscar Wilde's The Importance of Being Earnest.

Anthony Asquith was born in London, the son of H H Asquith (later Prime Minister). He was educated at Winchester College and Balliol College, Oxford.

The film industry was viewed as disreputable when Asquith was young, and according to the actor Jonathan Cecil, a family friend, Asquith entered his profession in order to escape his background.[1] At the end of the 1920s he began his career with the direction of four silent films the last of which, A Cottage on Dartmoor established his reputation with its meticulous and often emotionally moving frame composition.[2] Pygmalion (1938) was based on George Bernard Shaw's play featuring Leslie Howard and Wendy Hiller. He was a longtime friend and colleague of Terence Rattigan, they collaborated on ten films, and producer Anatole de Grunwald. His later films included Rattigan's The Winslow Boy (1948) and The Browning Version (1951), and Oscar Wilde's The Importance of Being Earnest (1952).

Asquith, an alcoholic,[1] was a charming, gentle man and a closeted homosexual[3] who never married. Asquith died from lymphoma at the age of 65.