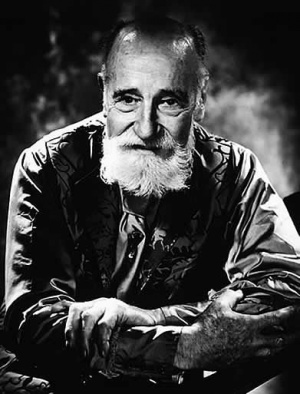 He was born in South Wales but moved with his family to Acton in 1925, and worked for the Liberty's department store, restoring antiques, while taking photographs and making masks in his spare time. In 1932 he left Liberty's and worked on mask-making and theatrical prop making. He was employed by the photographer Hugh Cecil and subsequently set up his own studio in Belgrave Road, Victoria.

In 1936 Ivor Novello commissioned him to make masks for a stage production, and was so impressed by his photographic skills that also commissioned him to take photographs of the cast, including Vivien Leigh, whom he often photographed many times. He became known for his celebrity photographs, but his career was interrupted when he was sentenced to four years for gay sex in 1942. He was released in 1944. His later career included taking the photographs for the Beatles' first LP.

"It was his friend and sometime lover, Quentin Crisp, who summed up Angus's way with his subjects. 'Everything,' said Crisp, crisply, 'was retouched but their titles'."[1]