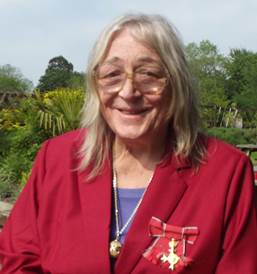 Purnell, born male, adopted a female identity, originally as Anne, from the age of 15. She later met and married a woman, who accepted her female side, but asked that Anne should be called Alice, as her own sister was called Anne.[1]

She was listed under "National Treasures" in the Pink List 2013.