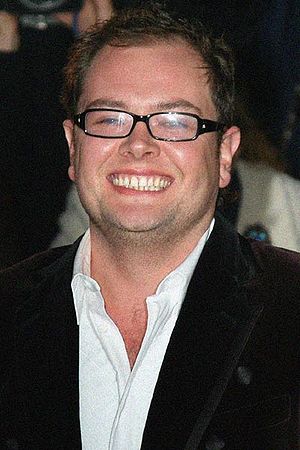 Alan Carr at The British Comedy Awards 2007
Alan Carr (born 1976) is a comedian. He was born in Weymouth, spent his childhood in Northampton and moved to Chorlton-cum-Hardy, Manchester in his early 20s.

"Presenter and regular panellist on many TV and radio shows, including Radio 4's The News Quiz and I'm Sorry I Haven't A Clue. Also author of several books for children and adults. Hugely successful talkshow host and award-winning standup comedian. Carr has also presented a number of radio shows."[1]