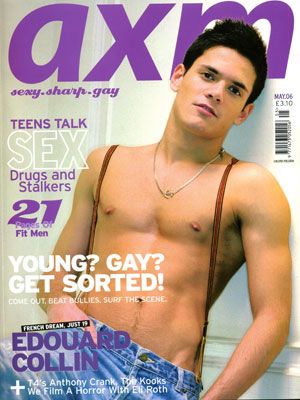 Magazine cover for May 2006
AXM, originally launched in 1999 as Axiom News[1] was a British lifestyle magazine aimed at young gay and bisexual men.

Its content was heavily based on fashion, sex and health-related features. It also had reviews on music, film and gay nightlife.

AXM was acquired by by Millivres Prowler Group from Blue Maverick Media in April 2006. At that time it was said to have a circulation of 30,000, and to target a younger reader than Gay Times, typically aged between 16 and 30.[1] 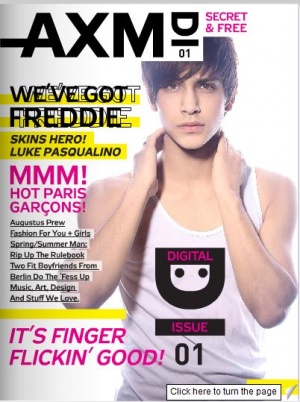 Cover of the first (and only) digital edition
AXM was given a new look for its January 2008 issue, having previously titled itself in lowercase.

Publication of printed magazines ceased after December 2008, and it became a digital-only magazine. Its first issue is available online.[2] but no further issues seem to have been produced.