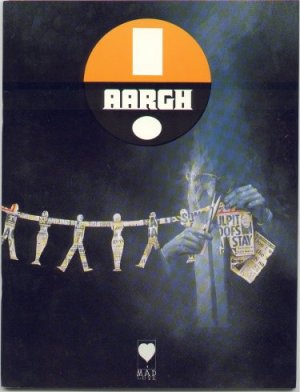 The comic was designed to aid the fight against Section 28. At that time Alan Moore, who was in a relationship with his wife and their girlfriend, felt that the law was heterosexist and that it would obviously affect them personally. To help their fight Moore formed Mad Love, his own publishing company, to release AARGH!.

Clause 28 was eventually repealed in 2003. Moore has also reworked "The Mirror of Love" with illustrator José Villarrubia for Top Shelf Productions.