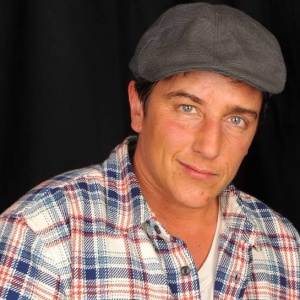 Surat-Shaan works for the Liberal Jewish movement UK and is a campaigner for faith related LGBTQI issues. He/they is the founder and manager of the landmark Lottery Heritage funded projects Rainbow Jews and Twilight People: Stories of Faith and Gender Beyond the Binary.

Surat-Shaan is a trans activist and blogs about transitioning issues for Jewish News UK (Ponderings of a Transgender Jew). He has been nominated by Haaretz as new Jewish queer pioneer for Tel Aviv Pride 2014.[1] He is a high-profile public speaker and has presented at numerous international conferences including Gender Odyssey, Seattle, Tel Aviv LGBT Leadership Conference; ILGA World ; AIDS 2014 Melbourne, Global Interfaith Network, Johannesburg 2014, and WOGA Outgames, Antwerp 2013. Shaan has an MA degree in Psychology (Gender Studies), Journalism and Theatre, and has worked for over two decades as educator and project coordinator with numerous international organisations including Sydney Western University.

Shaan is currently also involved in the AHRC funded project Ritual Reconstructed in collaboration with Buckinghamshire New University, Portsmouth University, and Coventry University, as well as 'A Different Light', an Arts Council England supported portrait exhibition with Ajamu and The Jewish Museum London.

He was recently invited to join the new Stonewall Trans Advisory Group, which is aiming to lobby trans equality in the UK.[2] He was a judge in the (first ever) trans category at Stonewall Awards in 2015.