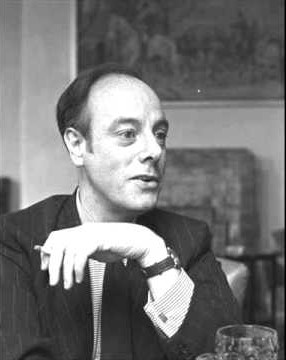 Stanley Bate
Stanley Bate (1911–1959) was an English composer and pianist.

Bate was born in Milehouse, a suburb of Plymouth, and was playing the organ at a local church by the age of 12.[1] He showed precocious talent as a very young man and had composed two operas by age twenty. He studied at the Royal College of Music under Ralph Vaughan Williams, R O Morris, Gordon Jacob, and Arthur Benjamin, and then in Paris with Nadia Boulanger and in Berlin with Paul Hindemith.[2] He wrote incidental music for performances at German playhouses, and toured Australia and the United States as a pianist.

Bate was openly gay,[3] but was married to the Australian composer Peggy Glanville-Hicks from 1938 to 1949, when they divorced.[4] After several years living in America, where Bate and Glanville-Hicks had moved in 1941, he returned to London; he received less praise in his birth country than abroad, and the lack of attention his works received resulted in his decision to commit suicide in 1959. There has been recent interest in his music with the high profile and well reviewed recordings of his Symphonies 3 & 4 with Martin Yates conducting The Royal Scottish National Orchestra on the Dutton Epoch label.

Adapted in part from a Wikipedia article.