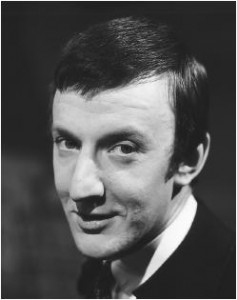 He produced many concert works, plus scores for films such as Murder on the Orient Express and Four Weddings and a Funeral. He also wrote jazz songs, and performed as a jazz pianist, but there was little crossover between his jazz and clasical work. He said that it was as if the different styles of music that he was writing went on "in different rooms, albeit in the same house".[1]

In later years he also became an artist working in the medium of collage.

From 1979 onwards he lived mainly in New York. He received a knighthood in 1998.

"He was a cultured gay man and every aspect of his creativity was defined by elegance. He would not go for strong avant-garde statements in any genre – it was contrary to his very core. He wanted, and achieved, a refined style in both his music and his life: that is why he went to New York, and was so happy there."[2]