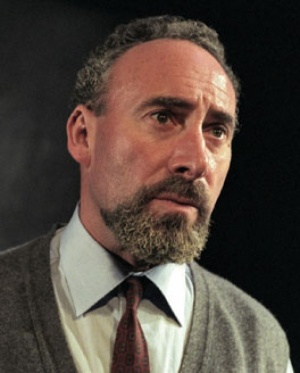 He was born in South Africa and came to the UK to train as an actor in 1968. He worked for a time with Gay Sweatshop, and joined the Royal Shakespeare Company in 1982.

In 2000 he received a knighthood for services for acting. He was originally down for an honorary knighthood, as a South African, until it was realised that he was a naturalised British subject and therefore entitled to a full knighthood.[1]

In 2005, Sher and his partner – director Gregory Doran, with whom he frequently collaborated professionally – became one of the first gay couples to enter into a civil partnership in the UK.[2]