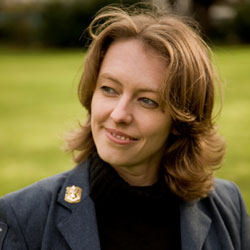 She was born in Crosby and raised in Ormskirk[1] and studied electrical engineering at the University of York.[1]

She moved to London in 1993 and worked in radio and television. From 1997 to 2000 she was a music journalist with Time Out London. In 2000 her band "Wilby" recorded an album called Precious Hours. Rosie has been a regular performer at Homotopia, and has also appeared at Liverpool Comedy Festival.[1]

She has her own radio show, Out in South London.

Wilby has written about being an openly lesbian performer,[2] and her sexuality features heavily in her creative output. She wrote an article for The Guardian on being a lesbian comedian[3] and an article in the Independent Online about 'coming out'.[4] In 2011 she performed a fusion of stand up and film called "I'm Dreaming of a Pink Christmas" at the Rich Mix Cultural Foundation in East London,[5] which explored why Christmas is a far from conventional time if you are LGBT.