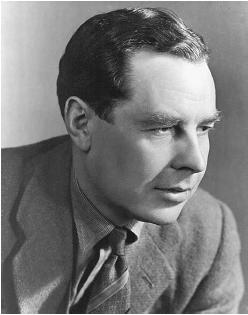 Richard Addinsell was born in Woburn Square, London, to William Arthur Addinsell, who was a chartered accountant, and his wife, Annie Beatrice Richards.[2] The younger of two brothers, Addinsell was educated at home before attending Hertford College, Oxford, to study law but left after just 18 months. He then became interested in music.[3]

In 1925, he enrolled at the Royal College of Music but lasted only two terms before leaving, again without obtaining any formal qualification.[2] By this time Addinsell was already collaborating with Noel Gay, among others, in an André Charlot Revue.[3] More work for Charlot in 1927 was followed in 1928 by a collaboration with Clemence Dane on Adam's Opera at The Old Vic.[2] In 1929, he completed his informal education by touring Europe to visit major theatrical and musical centres such as Berlin and Vienna.[3]

In 1932, with Clemence Dane, he wrote the incidental music for the Broadway adaptation of Alice in Wonderland by Eva Le Gallienne, starring Josephine Hutchinson (produced 1933). In 1947 it was revived, starring Bambi Linn.

The Warsaw Concerto was written for the 1941 film Dangerous Moonlight, and continues to be a popular concert and recording piece. The film-makers wanted something in the style of Sergei Rachmaninoff, but were unable to persuade Rachmaninoff himself to write a piece. Roy Douglas orchestrated the concerto. It has been recorded over one hundred times and has sold in excess of three million copies.

Addinsell also wrote the short orchestral piece Southern Rhapsody, which was played every morning at the start of TV broadcasts by the former Southern Television company in the south of England from 1958 to 1981.

As was common with film music until the 1950s, many of Addinsell's scores were destroyed by the studios as it was assumed there would be no further interest in them. However, recordings of his film music have been issued since his death, often reconstructed by musicologist and composer Philip Lane from the soundtracks of the films themselves and conducted by Kenneth Alwyn[4][5][6] or Rumon Gamba.[3]

He collaborated from 1942 with Joyce Grenfell for her West End revues (including Tuppence Coloured and Penny Plain) and her one-woman shows. Addinsell's music is in the "English light music" style.[7] He regularly composed at the piano, providing other creative musicians with broad indications for their full orchestrations.[3]

Addinsell retired from public life in the 1960s, gradually becoming estranged from his close friends. He was, for many years, the companion of the fashion designer Victor Stiebel, who died in 1976.

Addinsell died in Brighton in 1977. His funeral took place at Golders Green Crematorium..

In 1999 it was revealed that the royalties for Warsaw Concerto had belonged to the parents of author Jilly Cooper, whose brother advanced the theory that Addinsell - for many years their neighbour - gave it to them as thanks for being discreet about his relationship with Stiebel.[8]