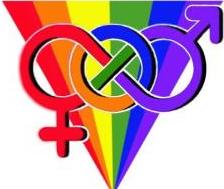 Robert Brown was employed by Opening Doors East London for six months from November 2010, and produced a monthly Newsletter.[1] When funding for his post ended he decided to produce a monthly newslettter for East London and Essex.[2] Rainbow East appeared in July 2011, but changed its name in the August edition to Rainbow Citizen to reflect a wider geographical coverage.[3]

The Rainbow Citizen website includes articles and links to other sites as well as the Newsletter.