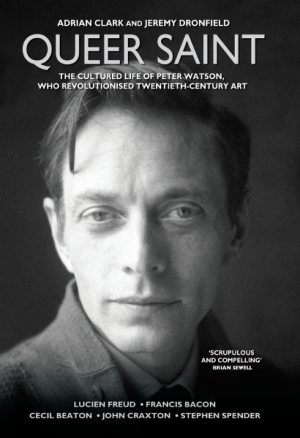 Cover of the biography
Victor William (Peter) Watson (14 September 1908 – 3 May 1956) was a wealthy English art collector and benefactor. He funded the literary magazine, Horizon, edited by Cyril Connolly.

Watson was found mysteriously drowned in his bath on 3 May 1956. Some have suggested that he was murdered by his young American lover, Norman Fowler (from whom Francis Bacon stole £300 to go gambling). Fowler inherited the bulk of Watson's estate and died 14 years later in the West Indies; he was also found drowned in his bathtub.

Peter Watson was said to be the love of Cecil Beaton’s life, though they were never lovers.