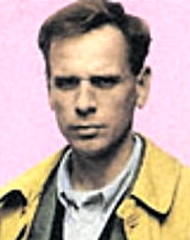 "His vivid, semi-autobiographical novel, A Matter of Life and Sex, is a touchstone for many, but the editor-in-chief of movie trade magazine Screen International is best known for his remarkable weekly Guardian column about living with being HIV positive. His controlled writing, tart insights and inexhaustible wit reach way beyond a gay readership. His openness and playfulness erode shame, fear and, hopefully, bigotry."[1]

He lived with HIV for the last 13 years of his life, and from 1994 to 1996 wrote a regular column for The Guardian entitled "PWA (Person With AIDS)." Moore lost his sight owing to his HIV infection and died of AIDS-related illness in 1996 at the age of 36.[2] A book collecting his "PWA" columns was published a month after his death.[3] A stage adaptation was produced in London in 2001.[4]