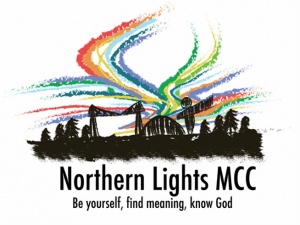 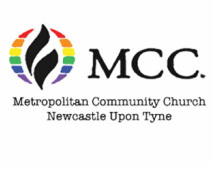 Old MCC Newcastle logo
Northern Lights MCC is a congregation of the Metropolitan Community Church based in Newcastle upon Tyne.

It was founded in November, 1991, in Jesmond, initially as a small group of people meeting for bible study. Weekly Sunday worship began in March, 1992. In September, 1994 it moved to an upper room in St James's United Reformed Church in Newcastle, and in 1997 to St James's main hall. Then in April, 2011, it moved to the main church building of St James' URC where it still meets today.

It was instituted as an official MCC congregation in August, 1995, [1] and Reverend Cecilia Eggleston was elected as the first ordained pastor in January, 1997.

Northern Lights is currently without a pastor and is run by its board members, Charlotte West - Vice Chair & Pastoral Search Chair, James Davies - Treasurer, Alice Chapman - Secretary, and Lorraine Miller. [2]