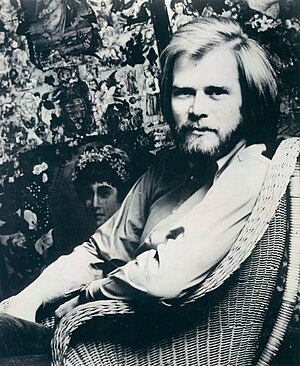 He was born in East Haddon, Northamptonshire and brought up in Edgware. He began a career as a singer in the 1960s, for instance with Alexis Korner's Blues Incorporated, which at various times included artists who were to go on to form the Rolling Stones. His biggest his was '"Let the heartaches begin" (1967).

Baldry was openly gay to his friends and show business associated, but did not come out publicly until the 1970s, by which time gay male sex had been decriminalised. He had a brief relationship with lead-guitarist of The Kinks, Dave Davies,[1][2] and supported Elton John in coming to terms with his own sexuality.[1][3] In 1978 his album Baldry's Out announced his formal coming out, and he addressed sexuality problems with a cover of Canadian songwriter Bill Amesbury's "A Thrill's a Thrill".[4]

In 1978 he moved to the United States and then to Vancouver, British Columbia, where he became a Canadian citizen.

For the last 25 years of his life his partner was Felix "Oz" Rexach,from New York.[5]

His ashes were returned to England and they were buried with his grandparents in the churchyard of St Lawrence, Stanmore, where had sung in the choir as a boy.