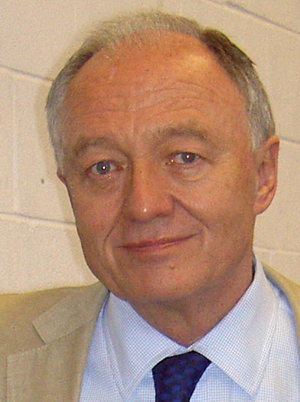 On leaving school he initially worked as a laboratory technician. His early political activity included a period as a Lambeth councillor. In 1972 he was elected to the Greater London Council representing Norwood. He was seen as being on the left of the Labour group. For the 1977 GLC elections he switched to the safe labour seat of Hackney North and Stoke Newington, and in 1981 he moved again to the more marginal Paddington seat.The Labour party won control of the GLC at this election; the following day, Livingstone, supported by other left-wing members, ousted Andrew Macintosh as leader of the GLC. He retained this post till the GLC was abolished under Margaret Thatcher's government in 1986.

In 2000, the Labour Government under Tony Blair introduced the Greater London Authority. Livingstone was seen as a prime candidate for the new post of Mayor of London but his candidacy was opposed by the party leadership, and he failed to secure his party's nomination. He then stood as an independent and was elected, subsequently being expelled from the party. For the 2004 mayoral election he was allowed back into the Labour Party and won the election.

In 2008 and again in 2012 he unsuccessfully stood for Mayor against Boris Johnson.

Early in his first term as London Mayor, Livingstone introduced the London Partnership Register allowing same-sex couples to register their relationships. However on other issues, such as his apparent support for anti-gay Islamist preachers, he has found less favour with the LGBT community.