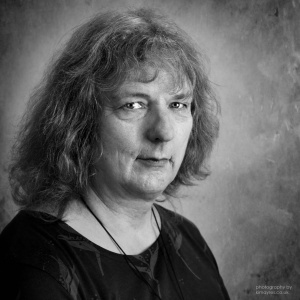 Jo was born in Stoke-on-Trent, studied modern languages at the University of St Andrews and lives in Edinburgh.[1]

Several of her plays deal with issues of gender identity. Her play Jesus, Queen of Heaven, staged at Glasgay! 2009, portrayed Jesus (played by Jo herself) as a trans women. It was strongly condemned by various churches, which resulted in the sale of all remaining seats. Her 2012 play Sex, Chips and the Holy Ghost features a transsexual nun and a gay priest.[1]

"The prolific, Edinburgh-based writer has penned about 80 plays and is also a performer and teacher. She describes herself as a 'trans woman and father with two beautiful daughters'. 'In love with life. Hoping the best, always,' she says on her Twitter profile."[2]