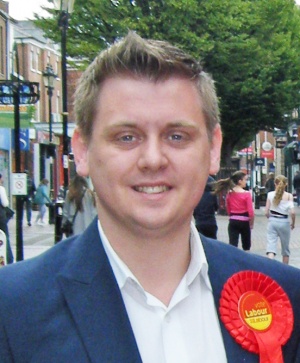 Ian Campbell
Ian Campbell (born 1987) is thought to have been the UK's first openly gay mayor. There had previously been openly lesbian and openly trans mayors in other parts of the UK.

Mr Campbell became known as a local gay activist after his family threw him out over his sexual orientation. He was homeless for eight months.

In 2009, he was named Nottingham’s Young Person of the Year for his work tackling homophobic bullying.[2]