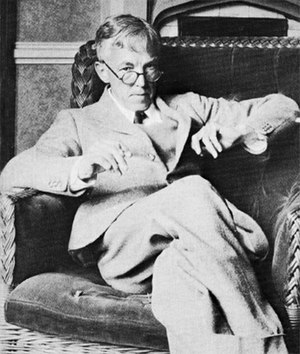 Hardy was known for his achievements in number theory and mathematical analysis. His 1940 essay, A Mathematician's Apology, provided laymen with insights into the mind of a working mathematician. He was the mentor of the young Indian mathematician, Srinivasa Ramanujan.

Hardy was associated with the Bloomsbury Group and his friends G E Moore, Bertrand Russell, and J M Keynes. Hardy was a disciple of Bertrand Russell, not only in his interest in mathematical philosophy but also in his political views. He agreed with Russell's anti-war attitude.

Hardy held that mathematics was a purely intellectual endeavour, in its highest form devoid of all practical utility. He scorned the idea that any of his mathematical work might one day find utilitarian application.

The physicist Freeman Dyson called Hardy not just an ordinary atheist (who does not believe in God) but a passionate atheist (one who considers God to be their personal enemy).

Hardy was described by his mathematical colleague and collaborator J E Littlewood as a "non-practicing homosexual". Apart from close friendships, he had a few platonic relationships with young men who shared his sensibilities.[1]

Partly derived from a Philosopedia article.