From LGBT Archive
(Redirected from GT)
Jump to: navigation, search 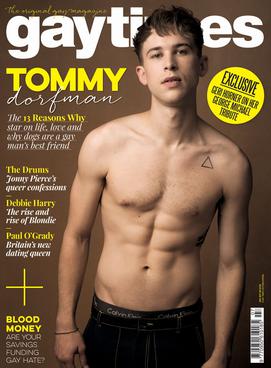 Gay Times was founded in 1984 as a merger of Gay News and Him magazine. It claims to be "probably the original gay magazine in the world".

The editor was Darren Scott until he stepped down in October 2017,[1] being replaced by Josh Rivers who was dismissed the following month following the discovery of highly offensive tweets.[2] Gay Times apologised to its readers announcing that all articles written by Josh Rivers had been removed, and that the magazine would relaunch on 30 November.[3]