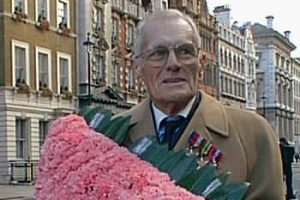 A pacifist at heart, he nonetheless agreed to join the army in 1941 on hearing of Nazi atrocities. He was sent to the far East, and was one of the prisoners of war who were compelled to work on the Burma railway (as depicted in the film Bridge on the River Kwai).

Dudley found there was no rejection of gay men in the forces in wartime, but things were different when he returned to civilian life.