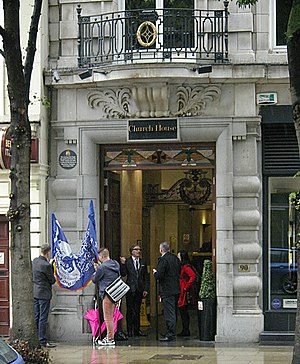 On 7 October 1964, Church House was the venue for the first ever public meeting of the North Western Homosexual Law Reform Committee, which eventually became CHE, the Campaign for Homosexual Equality.[2] The meeting was facilitated by the then Bishop of Middleton, Ted Wickham.

On 7 October 2014, a plaque was unveiled at Church House to celebrate the 50th anniversary of the original meeting.