From LGBT Archive
(Redirected from Archbishop of Wales)
Jump to: navigation, search 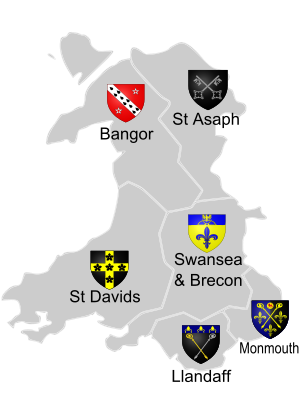 One or other of the six diocesan bishops also serves as Archbishop of Wales (the post held by Rowan Williams before he became Archbishop of Canterbury).

The Church in Wales is not an established church, but does retain the obligation to marry parishioners. It has therefore, like the Church of England but with differences in detail, had special provisions in the Marriage (Same Sex Couples) Bill to ensure that there can be no obligation on clergy to perform same-sex marriages.