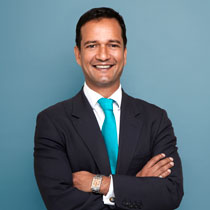 "Chelvan is his ‘given’ name used to represent his last name, in accordance with Sri Lankan Tamil tradition. It is prefixed by the ‘S’, which is the first letter of his father’s last name."[2]

He is co-author with Harper et al of Same Sex Marriage and Civil Partnerships: the New Law (Jordans, 2014).

In 2015 he was one of the lawyers marching under the Legal Pride 2015 banner in London Pride.

He was ranked number 43 in the Rainbow List 2015. The citation said:

"Chelvan, a barrister and LGBTI activist, has an international reputation in LGBTI asylum law. He developed a model based on recognising difference, stigma, shame and harm, which is now used routinely in LGBTI asylum cases. It is globally recognised by the UNHCR, governments, NGOs and lawyers."[4]