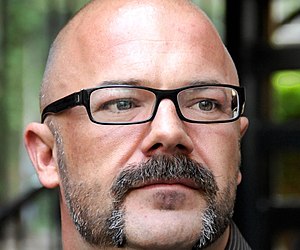 He was born in South Godstone and studied history and modern languages at Magdalen College, Oxford. He later took a master's degree at Harvard, remaining in the USA where he edited The New Republic.[1]

"Gay men of most political hues were puzzled by the ecstatic critical reaction won by Sullivan's essay, "Virtually Normal: An Argument About Homosexuality". They had been debating the same stuff (bigotry, equality, gay marriage) for decades without attracting media attention. But then Sullivan is unusual: the openly gay editor of a leading US political magazine, The New Republic. His credentials have earned him a hearing in arenas previously deaf to gay concerns; he has a power to persuade as well as plead."[2]