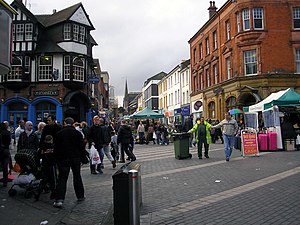 Redhill town centre
Redhill is a town in the borough of Reigate and Banstead, Surrey

The Redhill Area Gay Society (RAGS) was a social group for Redhill and surrounding area.

In 2012, John Percy, said to be "the longest-surviving HIV sufferer in the UK" said he was glad to leave Redhill, as the town was "not gay-friendly".[1]

The Rainbow Film Festival has been held in August, starting 2014.