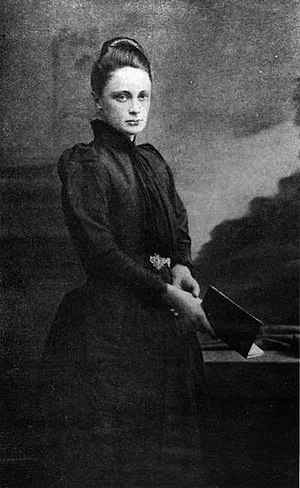 She was the daughter of Edward White Benson, later Archbishop of Canterbury, and his wife Mary Benson.

She was one of the first women to be admitted to Oxford University, where she attended Lady Margaret Hall, and became the first woman to be allowed to excavate in Egypt. She spent three seasons excavating in Karnak, along with her lifelong companion, Janet Gourlay.