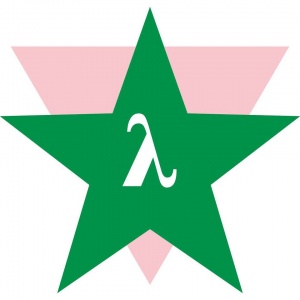 LSG logo, incorporating the Esperanto Green Star symbol
Esperanto is an international language created by Dr L L Zamenhof, who published the first book about it in 1887. It is thought that about two million people worldwide can speak the language.

There is an international gay esperantist organisation called Ligo de Samseksamaj Geesperantistoj (LSG) – League of Homosexual Esperantists (of both sexes). It was founded in 1977 by Peter Danning.