OneBodyOneFaith logo
OneBodyOneFaith (formerly the Lesbian and Gay Christian Movement, LGCM) is a UK-based charity which challenges homophobia and transphobia, especially within the Church and faith based organisations, as well as working to create and praying for an inclusive church. It was founded in 1976, originally as the Gay Christian Movement.

The Movement's first General Secretary was Jim Cotter. He was succeeded by Richard Kirker, who served in this post for almost 30 years,[1] and was succeeded in turn by Rev Sharon Ferguson, who took over in 2008. In May 2014 LGCM announced that Tracey Byrne would be taking over as the new Chief executive as from the 2nd of June.

LGCM is a member of the European Forum of LGBT Christian Groups.

The movement moved its headquarters to Newark-on-Trent in 2015. It was renamed OneBodyOneFaith in February 2017.

LGCM has had local groups in various parts of the country (including 3F in central London) and a group in Nairobi, Kenya.

Local LGCM groups for Birmingham, Brighton and Nottingham were listed in the ILGA Directory in 2016. 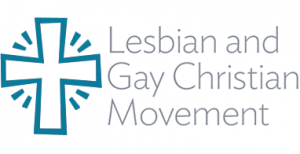 The movement's archive has been deposited at the Hall-Carpenter collections at the London School of Economics, and the Bishopsgate Institute. Its Norman Pittenger library, a specialist collection of academic and popular books on sexuality and faith, is to be housed long-term at Winchester University.[1]