It was founded in 1984 following the success of the first International Gay Youth Congress and Festival in Amsterdam. At the second Congress, in Dublin in 1985 plans were made to establish a network to collect and distribute information about LGB young people and their groups, and IGLYO was set up on a permanent basis following the 1986 Congress in Oslo. IGLYO is funded by the European Union, the Council of Europe European Youth Foundation and the the Government of the Netherlands.[1] 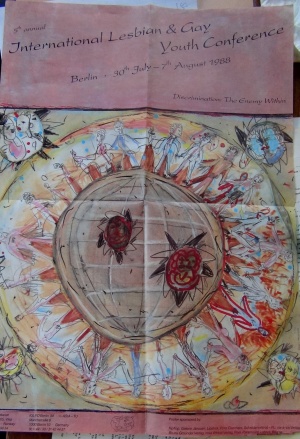