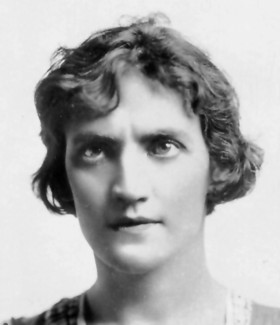 Henry Ainley
Henry Ainley (Henry Hinchliffe Ainley, 21 August 1879 – 31 October 1945) was a Shakespearean stage and screen actor. He was married three times: to Susanne Sheldon, Elaine Fearon and the novelist Bettina Riddle, later Baroness von Hutten zum Stolzenberg. He had several children (although the published obituaries in The Times and The Stage disagree as to the precise numbers) which include the actors Henry T Ainley, Richard Ainley and Anthony Ainley, and also Sam and Timothy Ainley, who were not actors. Timothy and Anthony Ainley were the sons of Clarice Holmes and were registered under that surname. He was also the father of Henrietta Riddle who was briefly engaged to Alistair Cooke in 1932.

A close friend of the writer Roland Pertwee, he was the godfather of Pertwee's son Jon who played the lead role in Doctor Who from 1970 to 1974 and returned in the 1983 story The Five Doctors playing opposite Anthony Ainley.

He was born in Leeds, where he was baptised in St George's Parish Church and brought up in Morley by his father Richard, a cloth finisher, and his mother Ada, but moved to London as an adult to pursue an acting career. He made his professional stage debut for F R Benson's company of actors and later joined Herbert Beerbohm Tree's company. He found fame in 1902 as Paolo in Paolo and Francesca.

Fifteen letters in the possession of Laurence Olivier's widow suggest that Ainley may have had a sexual relationship with the younger actor in the late 1930s. The letters - said by Olivier's biographer Terry Coleman to be explicitly homosexual in content - suggest that Ainley was infatuated with Olivier, even if, as some members of Olivier's family insist, notably the actor's son Tarquin Olivier, the feeling was not reciprocated.

Ainley died in London and is buried in Kensal Green Cemetery, London.