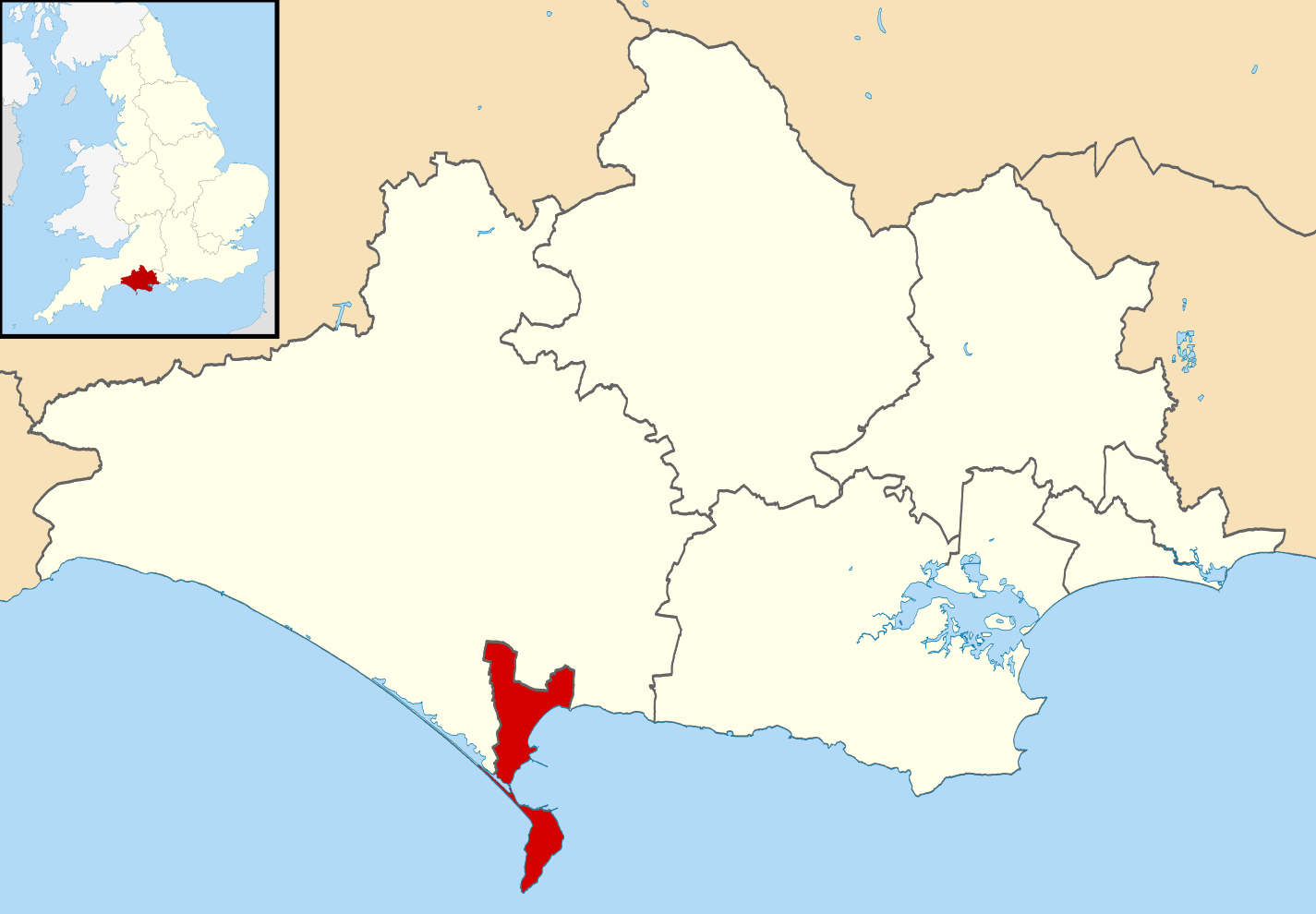 Weymouth and Portland is a local government district in Dorset, including the seaside resort of Weymouth (which includes the former port of Melcombe Regis) and the Isle of Portland. Portland Harbour is one of the largest man-made harbours in the world, and was used for the sailing events in the London 2012 Olympics.