Difference between revisions of "West Riding" 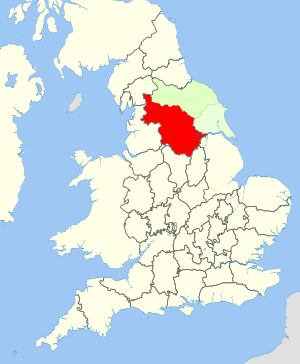 The major towns in the county have a variety of LGBT venues and organisations, and a much smaller place, Todmorden in Calderdale (originally divided between the West Riding and Lancashire is known as a village with an unusually high lesbian population.