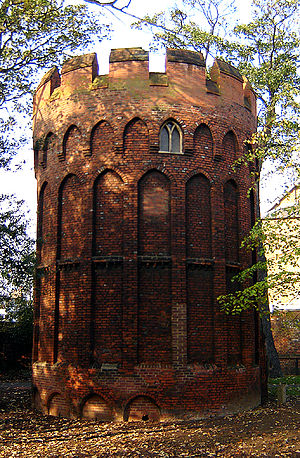 Tower near Bruce Castle
Tottenham is an area of North London, within the London Borough of Haringey. It was previously a borough within Middlesex. Tottenham Hotspur is a premier league football club, based at the White Hart Lane ground.

In February 2014, Tottenham Hotspur announced the formation of an LGBT fan group.[1] The group was subsequently branded as Proud Lillywhites.